Affected devices received a notification from Find My Mobile in the early hours of Thursday morning, Some customers complained on social media that it had woken them up, while others worried their device had been hacked. In a statement, Samsung said the alert had been sent unintentionally to a "limited number" of devices.

It affected Galaxy devices running on Android O or newer - including Samsung's latest Galaxy S phones, its new Z-Flip device and some Samsung tablet computers. The alert did not contain any meaningful text and did nothing when it was tapped. 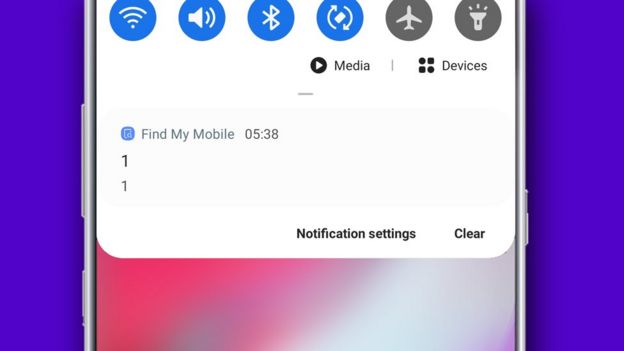 ​
Samsung said the message was the result of an internal test and that it had not done any harm to the phones that received it.